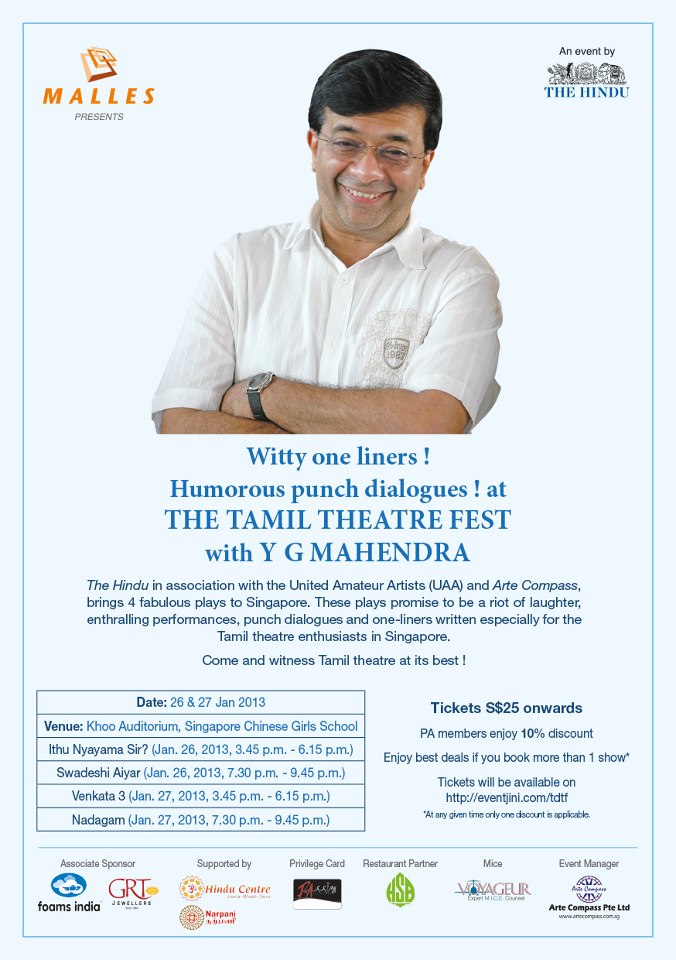 The Hindu & Malles presents a Tribute to tamil Theatre

Tamil drama Festival 2013 is an event to celebrate an ancient and powerful art form that breaks down barriers and brings people together.
Tamil theatre has a large and ever expanding following and is an integral part of Chennai’s culture despite of the advent of television and cinema,there is always an audience for theatre an audience that enjoys the spontaneity of stage performance.

Lined up is four drama shows to be held on 26th & 28th of Jan 2013 at Khoo Auditorium Singapore.Tickets at http://www.movie2book.com/